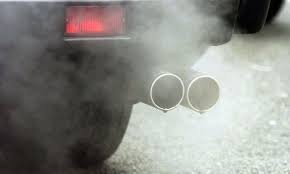 Bath: a city of active travel but not cycling

Bath is a city of many contradictions. It’s the UK’s fourth most active travel city after Cambridge, York and Oxford, with 41% of residents walking to work, but only 6% cycling, compared with 39% who cycle in Cambridge. This disparity is partly because of the compact nature of Bath, but more importantly because of the city’s topography. The figure below shows the elevation profile and gradient if you were to travel from Lansdown, down into the city centre then up to Claverton Down on the opposite side of town:

Although the east-west River Avon corridor is relatively flat, the hills to the north and south of the city mean that a 3.5-mile journey can involve an ascent and descent of 230m (800ft) and gradients of over 10% (1 in 10). Bath’s hilliness has been seen as a barrier to cycling in the past, but with the advent of electric bikes this barrier is removed.

Bath: in the top 10 UK cities for worst rush-hour traffic

According to recent research reported in this BBC news story, Bath is the seventh worst city in all of England, Scotland and Wales for hours lost sitting in traffic while commuting. In 2017 drivers in Bath spent on average nearly 29 hours in the rush-hour commute, which is a couple of hours more than they lost in 2016, so last year the congestion got worse. That’s over a day of your life each year wasted stuck in a traffic jam…

Bath’s air pollution regularly exceeds EU and WHO (World Health Organization) guidelines in both nitrogen oxides and particulate matter at all the sites in the city that are monitored: 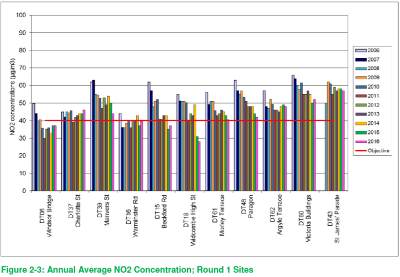 This is largely caused by car traffic during the morning and evening rush hours: 28,000 cars commute into the city each day, of which 6,000 make short journeys (up to 5 miles) within Bath. If some of these journeys were replaced by bicycles, air pollution and congestion would be significantly reduced.