I live at the top of Bradford on Avon, and work in Bath 4 or 5 days a week. For me, having an ebike is the difference between biking and NOT biking to work. 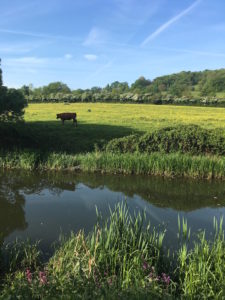 The reason? Winsley Hill, 1.1km in which you gain over 100m in height, with some segments at a 25% gradient. I simply can’t begin to get up this hill on a pushbike, especially at the end of the working day, but on my ebike, even if I don’t exactly sail up, it is quite manageable at about 10mph.  I have even been known to overtake fit men in lycra!!

I am a ‘rounded’ 57 year old, not unfit but not mega-fit either. The fitness benefits of riding an ebike may not be as great as riding a pushbike, but they are a great deal more than not riding a bike at all. I biked to school throughout my childhood, and in 17 years in London biking was my preferred commute. So it was disappointing, when I moved west 22 years ago, that the only way I could commute by bike was by driving my car down to the canal towpath with the bike on the back, riding the bike from there then using the car to get me up Winsley Hill at the end of the day. So, needless to say, I hardly ever did it.

Ebikes are not cheap, and I would advocate spending as much as you can afford, because the power-to-weight ratio matters on steep hills. However, if you see it as a very cheap car or season ticket, rather than a very expensive bike, the costs feel a lot better. I have certainly saved pounds in train fares or car mileage. 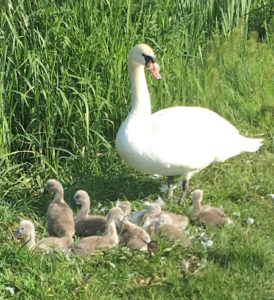 The canal ride in from Limpley Stoke to Bath is a feast of wildlife and fresh air most mornings, with swans and ducks obviously but also rabbits, foxes, deer, dragonflies and a variety of other insects and wild plants. You can hear the A36 roaring away, which adds to the pleasure as you are not on it, and once in Bath there is the fun of sailing past the rush hour queues.

If you are going to be more than a fairweather cyclist you need some good waterproofs and lights, but otherwise there’s not much kit needed and it’s a great stress-buster. I couldn’t be more in favour of electric bikes.